Julie Angus on the power of innovation networks 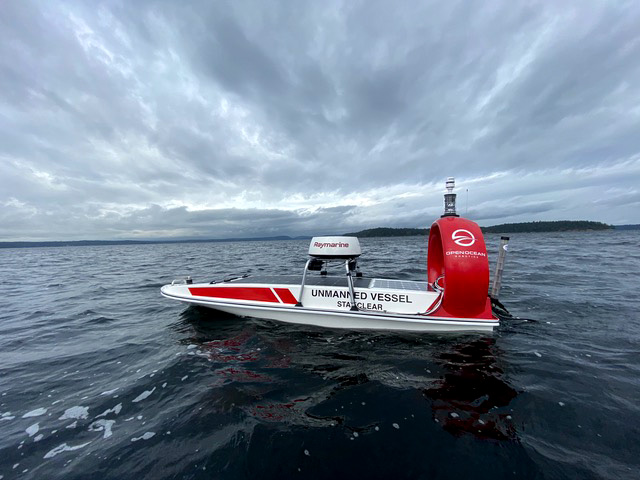 Building a startup is tough. It’s not enough to just start a company — it needs to grow into an enterprise that employs people, sells services or goods and makes a difference in the world. This is especially true when you are building a cleantech company, which often involves hardware and requires significant R&D before any revenue is earned.

I remember in 2018 the first time I walked through MaRS in Toronto. It gleamed with coolness: the hustle and bustle of innovative companies that were on the edge of greatness or had already made the leap. To me (someone who was building solar-powered robot boats in the corner of her garage in Victoria), it seemed like an impossible chasm to cross.

Yet, two years later we have joined those ranks. We have 10 staff, a bustling facility in Victoria’s Vancouver Island Technology Park, and are working with customers on a number of pilots. We’ve demonstrated that our offshore-capable autonomous boats can safeguard Marine Protected Areas against illegal fishing, making it possible to protect remote and expansive areas that are currently unpoliceable. We’re also working to protect endangered North Atlantic right whales by providing acoustic monitoring solutions for the offshore wind industry, so it can ensure the animals are free to move without interference from vessel traffic or operational noise. And the repetitive task of ocean mapping — running boats up and down endless grids — is now being done with our crewless tech.

Without innovation communities and networks, this would still be a passion project in the corner of my garage. MaRS was the first innovation centre I worked with, helping me to set up our company, explore product-market fit and raise capital. The five other finalists in the Women in Cleantech Challenge became my support network, and together we motivated each other through challenges and celebrated one another’s successes. Since then, I have worked with Foresight cleantech accelerator, Alacrity Canada, Spring Activator, VIATEC, and Creative Destruction Lab. As our business expands into the United States, we’ve started to work with Greentown Labs and SeaAhead in Massachusetts. Each of the above organizations has played a critical role in the evolution of our company.

Accelerators and innovation communities like the ones we belong to are critical to nurturing fledgling companies to a stage of greater resiliency. They are the lifeblood that offers critical business guidance, access to capital, connection to community, shared resources, and the support of a mentor network. This important role is reflected in the growth of accelerators which, in the U.S., has increased 10-fold between 2008 and 2014; globally, there are now more than 7,000 accelerators and incubators. Accelerator-backed companies achieve higher valuations($9.3 million on average), which grows to $118 million for those that go on to secure venture funding, according to a report by the Brookings Institution.

Without the support of innovation networks, Open Ocean Robotics likely wouldn’t exist, and there are countless other companies in similar circumstances. We still have a long way to go to reach our vision of transforming how we understand and operate in our oceans, but the lessons we’ve learned and the support we continue to leverage lead us to that goal. And now I can tell other entrepreneurs who may only have an idea and a passion project in their garage that it is possible; you just have to believe in your dream and surround yourself with people who can provide guidance and mentorship to bring your concept to reality.