Is now finally the time for photocatalysis? 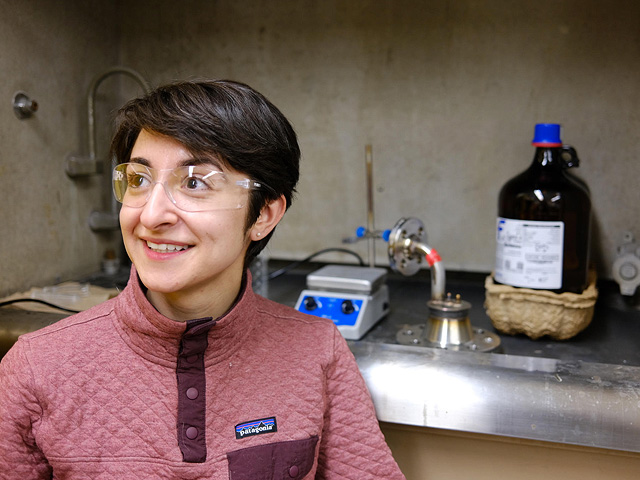 While the University of Toronto solar fuels research group was a leader in the 2010s CO2 photocatalysis renaissance in academia, this is not the first time we’ve used light or sunlight to drive chemical reactions. Early research in photocatalysis at multinational research corporations like Exxon (and also simultaneously at Mobil) in the 1970s was abandoned in preference for more readily-profitable chemical processes that could be derived directly from a barrel of crude oil. A second generation of startups in the early 1990s used concentrated sunlight to heat a chemical reactor. Some early startups found short-term success building wastewater treatment units that used light to degrade organic contaminants. Others made vitamin D, which is a more familiar sunlight-induced chemical reaction natural to our own bodies.

However, in the long-term, the method of using light to drive chemical reactions did not catch on. In trying to commercialize Solistra’s tech, an important question to ask is why these past efforts were unsuccessful, and whether anything has changed to benefit photocatalysis’s prospects.

The key factor in all of these past attempts has been a lack of market readiness. It is commonly accepted that a business case for a new clean technology cannot be based on an expected premium on the emissions reduction of the product alone, which was a mistake made by a previous generation of cleantech ventures. (Although, we may be seeing a different version of this arise with the purchase of carbon credits by large tech companies, which can potentially offset the higher costs of production that are inevitable in the deployment of these new technologies.)

Existing benchmarks may be becoming anachronistic in light of the climate emergency. For example, it is a physical reality that a chemical reaction involving carbon dioxide as a feedstock will require more energy than a process making the same product from a petrochemical feedstock. Carbon dioxide is just a very stable molecule, and there is nothing that can be done about that, other than to turn to alternative methods of converting it if we want to truly enable the circular economy — like using photocatalysis to enable new, lower-energy chemical reaction pathways.

So, is there anything “different” about the current cleantech bubble? Since the height of the previous cleantech bubble, new scientific evidence has shown the severity of the climate crisis to be much worse.[1] It became clear that industrial carbon dioxide emissions could accumulate in our atmosphere faster than anticipated. And the computational models eventually indicated that, without action, we would reach atmospheric carbon dioxide emissions this century similar to the last mass extinction.

Economic harm at the hands of climate-change-related natural disasters is more imminent than previously thought. And this has prompted new efforts to curb emissions through enhanced public policy that aims to encourage the adoption of low-carbon industrial technologies. Will that be enough to drive cross-sectoral change?

Scientific evidence of harmful economic consequences of industrial activity have led to the adoption of cleaner technologies in the past. For example, so-called “scrubbing” columns to clean sulphur dioxide out of flue-gas streams from fossil fuel combustion in electricity plants was legislated into use, even though there was no economic interest for operators to take up the scrubbing. Regulators were then able to take the broader public health and economic implications of the acid rain caused by the sulphur dioxide into account, which drove the adoption of the technology.

This is why it is so important for governments to be partners with private industry (through programs like the Women in Cleantech Challenge) in shaping the future of industrial growth, since it will take a deliberate and intentional effort to phase out carbon-heavy industrial processes. The prevalence of these new efforts makes me optimistic that the time for technologies like photocatalysis has finally arrived.